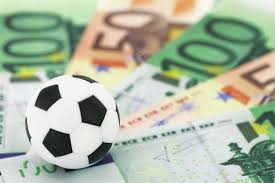 The soccer single bet strategy is one of the most used in the world of betting, because there you put your money on one single game and you depend entirely on it, which reduces the risks you face while you do combinations, where one single mistake could ruin few other successful bets. And we know that this feeling is really, really painful.

One of the bets you could make in a single bet strategy is to try to pick the first player to score a goal in a game. This is a really difficult task, because in football everyone could score in every moment. We know that. But you should look for tendencies and if you find one - try it!

For example, if you’re a fan of the English Premier League, then you should know that Jamie Vardy is the player to open the score in a lof ot Leicester City’s games. What’s your task in this case? Look for the statistics you need and examine in how much of Leicester’s games exactly Jamie Vardy opened the score. Were these games at home or on the road? Then decide what’s the probability of this to happen again and push the trigger.

One of the major benefits of this betting strategy is the high odds you would get. Picking the first player to score in a game is usually very rewarding, except if you’re not betting on Lionel Messi or Cristiano Ronaldo. How you could easily suggest, you wouldn’t get very high odds for these two phenomenons open the score for their respective teams.

Picking the first player to score in a game is a brave, but interesting strategy for a soccer single bet. It’s a betting method with a high risk, but also a high reward if you manage to nail it.
Posted by chaikata19 at 02:52 1 comment: